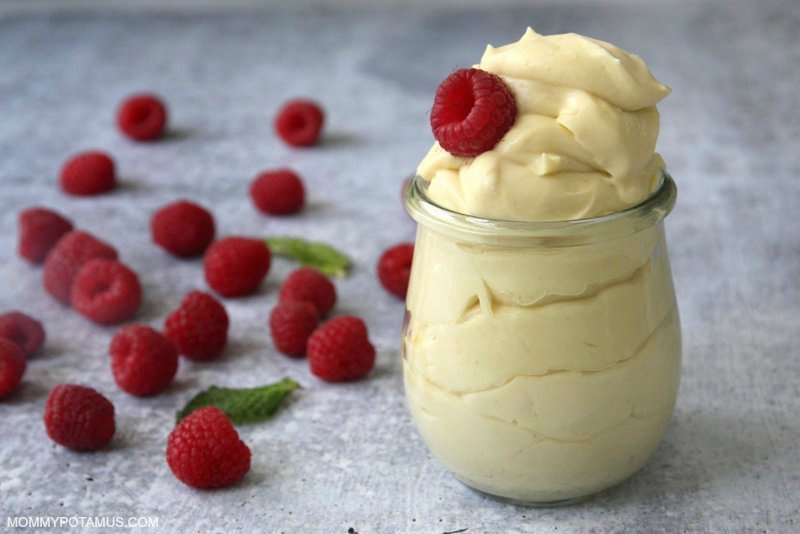 I love the bright freshness that lemon brings to recipes. Sometimes, drinking warm lemon water in the morning can even be a nice change from tea (with several health benefits). This lemon mousse is a light and fluffy treat made with lemon curd, meringue, and whipped cream.

What is Lemon Mousse?

If you’ve never made a mousse, don’t be intimidated by the fancy sounding name. A mousse is just a dish (usually dessert) made light and fluffy by whipping air into a base of egg whites or whipping cream (or both) with some type of flavor folded in. In the case of this lemon mousse, the lemony flavor comes from lemon curd.

And What is Lemon Curd?

Lemon curd is a fruit spread made with lemon juice and zest, eggs, sweetener (in this case honey), and sometimes butter. It’s surprisingly quick, easy, and affordable to make, but if you don’t want to attempt it or spend the time, you can also buy it at most grocery stores and online.

The lemon curd is delicious as is, but don’t eat it all yet! You’ll need about ½ cup of it for the mousse. There will be a little left over for tasting. Set the finished dish of lemon curd in an ice bath or the freezer to cool down a bit while you make the meringue.

I’m not a big fan of using too much refined sugar, so I wanted to find a way to use raw honey in this recipe instead.

The meringue for this lemon mousse is made with honey and it’s even easier to make than the more common version made with granulated sugar. Simply combine the honey and egg whites left from making the lemon curd in a mixing bowl and place it over a pan of boiling water. You don’t need much water in the pan, just enough to create steam, and thereby heat. So only use a couple inches of water and make sure the bottom of the mixing bowl is not touching the water.

Heat the egg white honey mixture just until it is warm and well combined. Then whisk it with a stand or hand mixer until the egg whites are thick and fluffy and stiff peaks form. The stiff peak stage means that when you lift the whisk, the egg whites stay standing up in little mountains.

And the meringue is done! Gently fold in ½ cup of the lemon curd and set it in the refrigerator until you’ve whipped the cream.

To whip the cream, simply whisk it at high speed with the mixer until it is thick and fluffy. Fold it into the lemon/egg white mixture and you’re mousse is finished.

Scoop the finished mousse into serving dishes and either serve immediately or refrigerate until ready to serve. The mousse holds up well for a couple days, so it can be made ahead of time. However, it will melt quickly at room temperature, so keep it chilled.

This recipe is easily adaptable if you’d like to make your lemon mousse dairy free. Simply omit the butter in the lemon curd step and swap out the heavy whipping cream for coconut cream.

Make sure you chill the can of coconut milk in the refrigerator the night before. When it’s time to whip the cream, just scoop out the thick cream leaving any watery coconut milk behind, and whip it just as the directions instruct for whipping dairy cream. Here’s a more in-depth tutorial if you’ve never made whipped coconut cream before. 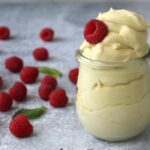 Have you ever attempted to make a mousse? How did it go? Let me know below!