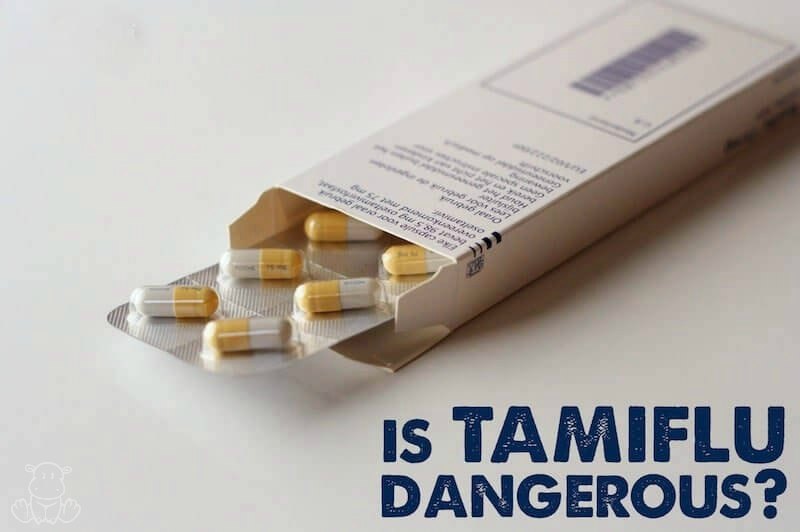 Note: In the five years since I first published this post, more families have come forward with stories of Tamiflu side effects that I believe need to be shared. I’ve updated the post with them, plus additional comments from researchers.

Watching your cholesterol levels? Take some Lipitor and forget about it. Like, ACTUALLY forget about it. As in, develop full-blown amnesia. And if you know anyone that wants to reverse male pattern baldness Propecia can help . . . as long as they don’t mind growing fully functional, lactating breasts, that is. (source)

While usually rare, unintended side effects are very real to the families whose lives they touch. “Safe and effective” doesn’t always mean what we would like it to, and there’s a medication in the news right now that families need to be aware of.

Warning: I found much of this information to be very difficult to write about, but I believe it is worth sharing. If you are not considering taking Tamiflu or giving it to a family member you may want to skip this post.

Tamiflu Banned In Japan After Suicides

Tamiflu – which is marketed as a drug that can reduce the symptoms and life cycle of the flu by about one day – was banned in Japan after twelve children died while taking it.

In 2005, a 14-year old girl either fell or jumped to her death from a high-rise apartment building after taking the medication, while “a 17-year-old boy who had taken Tamiflu before going to bed . . . walked out of the house and stood in front of an oncoming truck. The truck driver told police the boy was smiling at the moment of impact.” (source 1, source 2)

According to Reuters, a total of 12 children died and 32 experienced abnormal behavior after taking it during that flu season. (source) Three adults in Japan also committed suicide while on the medication. (source)

Around that time, FDA spokeswoman Susan Bro told the Associated Press that the FDA had received the information on the deaths from Roche and the Japanese Ministry of Health,  “Our scientists have said, even with the additional information, we are not seeing any reason to make a causal association between the use of the drug and the deaths,” she said. “The data don’t lead to that conclusion.” Japan, which closely monitors all new drugs brought to market, acted by banning Tamiflu for use in 10-19 year olds in 2007.

So what data gave the FDA such confidence, you may ask? According to the prestigious British Medical Journal, agencies such as the CDC, WHO and others recommended Tamiflu without vetting the data.

Now, even if there are risks, surely what data was available showed that the benefits outweigh them, right? RIGHT? I mean, why would a drug manufacturer sell a drug that was dangerous or didn’t work, then ignore widespread evidence when it surfaced?

In 2009, after nations around the world spent billions of dollars stockpiling Tamiflu for a potential pandemic,

“the National Health Service in Great Britain commissioned the Cochrane Collaboration (an international network of researchers) to review and update the evidence on the use of this class of medications. Initially, no one involved believed that the 2009 systematic review would yield any new insights. They were wrong.

The Cochrane researchers found that the 2003 study relied mostly on unpublished data supplied by Roche [Tamiflu’s manufacturer]. After multiple attempts to get access to the data, researchers ran their analysis with the data they had available. They found no evidence to support claims that Tamiflu prevented the spread of, or complications from, influenza.” (source: Montreal Gazette)

After the review, the prestigious British Medical Journal began a very public campaign to try to get Roche to release the data from their clinical trials. According to them:

Roche finally released the data over a decade after completion, and it reaffirmed the Cochrane Reviews conclusion that there were significant risks and little or no benefits. (source)

It gets even better: the most common side effects of this particular drug are nausea, diarrhea, and vomiting. Only slightly less common are headache, dizziness, fatigue and cough! So in exchange for taking a potentially dangerous drug that is considered ineffective by BMJ, you get more flu symptoms. Awesome. (source)

At least one BMJ researcher involved in the analysis has called for world governments to sue to get their money back on what may be a virtually worthless drug. (source) 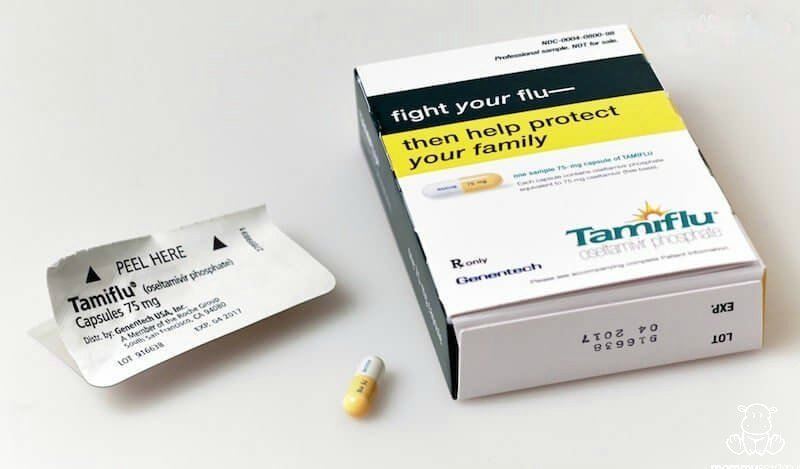 Tamiflu’s manufacturer, Roche, is accused of underreporting side effects on other drugs as well. “Roche is also being investigated by the European Medicines Agency for not properly reporting side effects, including possible deaths, for 19 drugs . . . that were used in about 80,000 patients in the U.S.,” says a U.K. news source.

Among those drugs I’m betting they’re looking at Lariam – an anti-malaria medication commonly prescribed to tourists and soldiers that has been implicated in several psychotic episodes and homicides.

“Roche, the drug company, claims that Lariam causes serious psychiatric side effects in only one in 10,000 people. But Dr. Paul Clarke, an infectious disease specialist and the medical director of a large network of travel clinics in Great Britain, organized his own study, after he and other British doctors saw problems with much greater frequency.

‘It was confusion, it was disorientation, it was anxiety and panic attacks,’ says Clarke. ‘There were episodes in which people were clearly divorced from reality and indeed had unusual symptoms that could be described as psychotic.’

Their research confirmed the hunch. Not one in 10,000, but closer to one in a 140 suffered disabling side effects, defined as substantially disrupting their lives – the same kinds of side effects that Dr. Clarke had seen in his patients. ” (source, emphasis mine)

Is Tamiflu Really To Blame?

The FDA has suggested that the psychiatric events and deaths reported in Japan could have stemmed from a fever-induced delirium or other medications that the patient may have been taking. However, Rokuro Hama, MD, a Japanese researcher who collaborated on the Cochrane review of Tamiflu, disagrees.

“Pediatric specialists say that fever or various drugs may cause delirium and only little scientific evidence exists about causal relation between Tamiflu and the events. These comments are not correct, because there are several cases in which the patients had no fever (after temperature went down to almost normal or even lower) or took no medicine other than Tamiflu,” he says. (source)

According to Dr. Hama, “Normally, Tamiflu cannot penetrate the [blood brain] barrier. But it becomes more permeable when the tissue is inflamed, as can happen in flu. Japanese doctors fear that Tamiflu might be getting into the brain, depressing activity and ‘disinhibiting’ some behaviours.”

In addition, a research team led by Osaka City University Professor Yoshio Hirota found that “patients ages 10 to 17 who took Tamiflu had a 54 percent greater chance of exhibiting abnormal behavior than those patients who did not take the medication. . . . The report identified examples of abnormal behavior as a child who attempted to leap from a balcony or a child who began hopping after consuming Tamiflu. No margin of error was given for the medical study.” (source)

2018 Tamiflu Side Effects: Reports In The United States

This year a family reported to CBS News that their “6-year-old daughter taking Tamiflu tried to jump out a window. An Indiana family said their daughter saw bugs on her body and heard voices.” (source) The CBS report also describes a two-year-old boy who began “twitching, hallucinating and slamming his head in pain after taking Tamiflu this month. The odd reactions only stopped they said, when they stopped giving him prescribed doses of the drug.”

An Indiana family believes that Tamiflu may be to blame in the suicide of a 16 year old boy, whom family members say showed no signs of depression before his death. “The only change, they say, had been he started taking Tamiflu.” (source)

In Knoxville, a seven-year-old boy experienced hallucinations. “He thought that his food was poisoned, he had poison in his mouth, he wouldn’t eat because he thought there were worms in his food.” (source)

Tamiflu is approved for use in infants and young children despite reports that it induces terrifying nightmares and may cause children to hallucinate and/or hear voices (source 1, source 2, source 3, source 4, source 5) Meanwhile, a Cochrane Review found found no evidence that it prevents the spread of, or complications from, the flu. The FDA has issued a warning regarding the possibility of psychiatric events – especially in children – after taking the medication. (source)

What’s more,  while Tamiflu is shown to reduce the duration of symptoms by 17-24 hours, it may have very little effect on complications leading to hospital stays, according to a 2014 BMJ study: “In treatment trials there was no difference in admissions to hospital in adults (risk difference 0.15%, 95% confidence interval −0.91% to 0.78%, P=0.84) and sparse data in children and for prophylaxis.” (source)

During cold and flu season, my family is focusing on supporting our immune system with elderberry syrup, fire cider, plenty of sleep, and washing our hands.

Would you take Tamiflu or give it to your child? Why or why not?