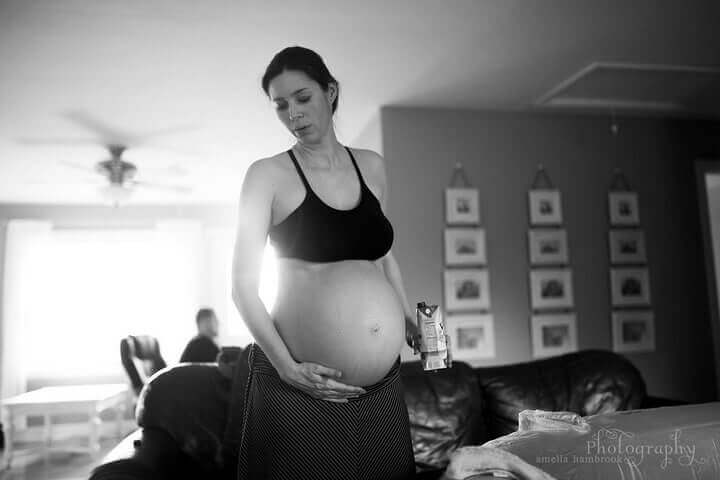 This is Levi’s birth story as captured by the lovely Amelia Hambrook, who also happens to be the mama behind our little potami’s newborn photos.

Note: Stick around till the 8 minute mark for a little peek into our first few days as a family of five. ♥

For those of you who read Levi’s birth story, you may be wondering a few things:

1. Were these images captured during the difficult “early labor” I described? Yes and no. Some of the footage was shot during a short break when my labor lightened up, while some of it was shot through some of the most difficult parts. Which parts are which? It’s hard to tell. My husband says I should learn to play poker with a face like mine. The contractions during much of my early early labor were incredibly uncomfortable – too uncomfortable to talk through – but  I process pain internally so it’s not super obvious. Seriously, I was in transition with people sitting right next to me and no one realized it!

In other words, scene of me eating in the kitchen = Light labor

Scene of Katiepotamus and Daddypotamus comforting me during my four hour nap-a-thon = NOT light labor.

2. Was Levi taken away from me to be measured, weighed, etc. right after he was born? Definitely not! My birth team gave us plenty of time to snuggle skin-to-skin, but I asked Amelia to edit most of that part out to keep this video PG. They don’t call it skin-to-skin for nothing, you know!

3. Why is my face so splotchy in the video? Okay, you were probably not wondering that, but the answer is that I put on makeup at 4am without thinking about how it would look once I got in the birth tub.

4. Why is there a large section of the labor/birth missing? Because it didn’t look like I was progressing very quickly, it was suggested that Amelia head home, check in with her family, and rest up for what could be a long night. But as you know if you read his birth story, things didn’t go quite as expected.