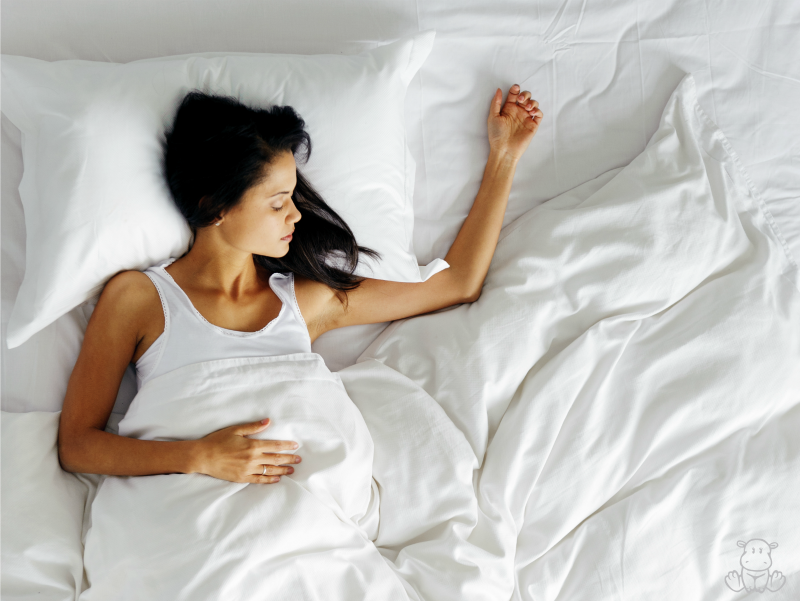 So, I ran into the Easter Bunny last night and he told me he’s tired of fighting ninjas and chalkboard erasers without you. He asked me to help you find your way back from those monochrome dreams you don’t even remember so that, together, you can win control over the marshmallow bog once and for all.

It’s hard to say no to the Easter bunny, so here I am.

Though many of us consider dreams to be nothing more than junk output from REM sleep, Harvard professor Deirdre Barrett disagrees. According to her, it’s actually a highly creative form of thinking.

Though I can’t say what’s on the other side of your victory over the marshmallow bog, I’m betting it’s a solution to a nagging problem, the location of your car keys, or even an insight into a relationship you might not otherwise see.

Need some convincing? Let’s get started . . .

What Do The Theory of Relativity, Google, and The Shape of DNA Have In Common?

They’re all creative breakthroughs made while dreaming, of course! Recounting an interview with Albert Einstein, journalist Edwin Newman described the genius’ first inkling about the theory of relativity like this:

Einstein replied that the basis of the idea had first come to him years ago, when he was an adolescent back in Germany, flunking math, and being counseled by his family to take up a career as a plumber so he wouldn’t be a financial burden on them.

During this difficult period of his life, Einstein reported he had a particularly riveting and memorable dream.

‘In his dream he was sledding with friends at night. They would climb up the hill, whisk down the snowy slope, then climb to the top again to repeat the pleasurable slide.

At one point, Einstein climbed the hill and started to slide down once again, only this time he became aware that his sled was traveling faster and faster  . . . . he realized that he and his sled were approaching the speed of light. He looked up at that point and saw the stars – they were being refracted into a spectra of colors that Einstein had never seen before.’

He felt filled with a sense of awe and numinosity. He understood that in some way he was looking at the most important meaning in his life.’ (source)

Of that dream Einstein later reminisced, “I knew I had to understand that dream and you could say, and I would say, that my entire scientific career has been a meditation on my dream.” (source)

You know what it’s like to wake up in the middle of the night with a vivid dream? And you know how, if you don’t have a pencil and pad by the bed to write it down, it will be completely gone the next morning?

Well, I had one of those dreams when I was 23. When I suddenly woke up, I was thinking: what if we could download the whole web, and just keep the links and… I grabbed a pen and started writing!

Sometimes it is important to wake up and stop dreaming. I spent the middle of that night scribbling out the details and convincing myself it would work. Soon after, I told my advisor, Terry Winograd, it would take a couple of weeks to download the web – he nodded knowingly, fully aware it would take much longer but wise enough to not tell me. The optimism of youth is often underrated!

Amazingly, I had no thought of building a search engine. The idea wasn’t even on the radar. But, much later we happened upon a better way of ranking webpages to make a really great search engine, and Google was born. When a really great dream shows up, grab it!”

There are so many more examples: Dr. Otto Loewi won a Nobel Prize after a dream helped him devise an experiment to prove that nerve impulses are transmitted via chemicals rather than electrical impulses.

Russian chemist Dimitri Mendeleyev rushed to write down the periodic table after seeing it in a dream. The sewing machine and countless other inventions were inspired by dreams.

Vitamin B6 and Dream Recall

You probably don’t want to invent the next Google, but wouldn’t you love to harness your out-of-the-box thinking capabilities to find everyday solutions?

If so, I recently attended a talk given by Julia Ross, author of The Diet Cure, that may help. According to Ross, if you can’t recall your dreams it may be helpful to increase vitamin B6 intake.

Several studies have reported similar findings, like this one which found that vitamin B6 significantly increased dream recall compared to a placebo.

Vitamin B6  helps the body convert amino acids to serotonin, which is the active neurotransmitter during the dream phase. Since B6 is water soluble it cannot be stored in the body, adequate intake is needed on a regular basis. Even then, certain factors can deplete B6 levels rapidly. They are:

What foods are rich in vitamin B6?

I prefer getting my nutrition from whole-food based supplements and foods  instead of isolated nutrients when possible, so

If you find that you are unable to remember your dreams, you may want to consider increasing your intake of B6 rich foods such as:

If you find that you are still not remembering your dreams, you can try these techniques.