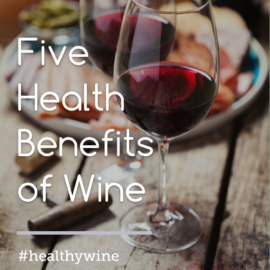 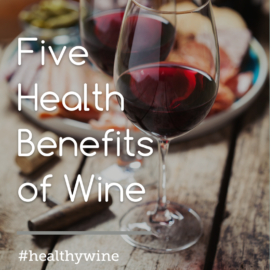 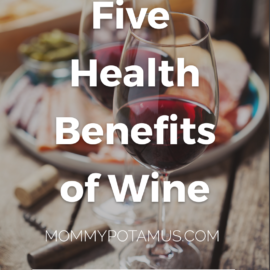 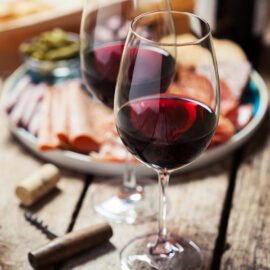 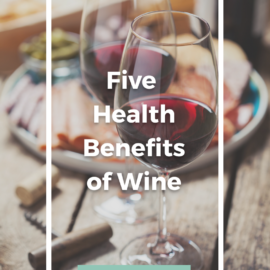 Like many traditional foods and drinks – eggs, butter, coconut oil, and salt for example – wine has been declared good for us, then bad, and then good again by many experts. However, because our genetic makeup and lifestyle factors play a role in which foods/drinks are optimal for us, there probably isn’t a one-size-fits all approach that works for everyone.

There are some well-documented benefits of wine, though, as well as potential risks – and some wines are better than others.

As always, I want to mention that none of these statements have been evaluated by the FDA, this article is not medical advice, and it’s not meant to diagnose or treat any condition. As always, please talk with your healthcare provider about what’s best for you. Now that we’ve got that out of the way, let’s dive in.

So, what does the research say about wine and health?

Wine is consumed in moderation in Blue Zones around the world, which are regions that have the highest number of centenarians (people that live to 100). There is a lot of research that indicates wine consumption may have some benefits, and some studies have even concluded that people who drink moderately have better outcomes (for certain metrics like heart health) than those who don’t drink at all.

However, drinking alcohol does carry risks – especially if you drink too much – and some of the early studies may be flawed. According to one theory called the Misclassification Theory, some people in the non-drinking group may have been abstaining because they had high-risk health issues. In other words, they weren’t non-drinkers by preference, and their health outcomes may not be representative of the average healthy non-drinker.

More recent studies have looked at this issue, though, and so far the misclassification theory doesn’t seem to explain the correlation between moderate drinking and slightly better cardiovascular outcomes. (1) More research is needed to accurately compare outcomes between generally healthy non-drinkers and generally healthy moderate drinkers.

Although I love the occasional glass of wine that’s been crafted with wild probiotic yeasts and no junk, I don’t drink it “for my health.” I drink it because it feels good to my soul and delicious to my palate.

Conventional wine also has a lot of additives including phthalates, food dyes, and defoaming agents that could increase these risks. Grapes are also one of the “Dirty Dozen” you also need to consider the strong likelihood of pesticide residue exposure unless the grapes are organic.

That’s why I stick to a few personal rules about consuming it:

With that in mind, let’s take a look at some of the research on the potential benefits of wine.

You’ve probably heard of resveratrol, the potent antioxidant found in grapes and wine.

Studies suggest resveratrol may have a positive influence on blood pressure and blood lipids (HDL and LDL cholesterol) in addition to supporting balanced immune function. (2) (3) (4) (5)

Plus, like all antioxidants, it helps neutralize free radicals that cause oxidative stress.

However, resveratrol is only one of many antioxidants that can be found in wine, and white wine tends to contain higher levels of other polyphenols that are found in the pulp. (7)

In fact, European white wines are similar to olive oil in their antioxidant profiles. (8)

With that said, there is more research on the antioxidants that tend to be higher in red wine, including:

Many studies have found that red wine supports healthy HDL “good” cholesterol, but a recent study concluded that white wines may be beneficial as well. (10) (11) According to the study, white wines that are rich in the antioxidants tyrosol and hydroxytyrosol “can provide cardioprotection similar to red wine.”

Likewise, when Sicilian red wine was given to healthy adults who rarely or never consumed red wine, researchers saw a positive impact on cholesterol levels. (12)

According to this study, consuming red wine over four weeks “significantly increased” the presence of beneficial bacteria such as Bifidobacterium. Researchers believe the polyphenols serve as a prebiotic (food for probiotic bacteria).

Another study done in the Netherlands found that wine, coffee and tea all have prebiotic effects which increase gut diversity. (14)

Natural wines that are minimally processed and fermented with wild native yeasts will also contain probiotics similar to those found in cultured vegetables.

However, just like with heart health there is a caveat here. For people with leaky gut, alcohol can exacerbate the issue by increasing gut permeability. (15) Also, many conventionally produced wines contain a lot of added sugar, which is not good for gut health. I always opt for wine that only uses the grapes naturally occuring sugar for fermentation.

In this 7-year study which included over 5,000 people, researchers concluded that light to moderate wine consumption positively influenced cognitive performance.

According to the Harvard School of Public Health:

“Heavy drinking can take a toll on the body. It can cause inflammation of the liver (alcoholic hepatitis) and lead to scarring of the liver (cirrhosis), a potentially fatal disease. It can increase blood pressure and damage heart muscle (cardiomyopathy). Heavy alcohol use has also been linked with several cancers.”

They add that “Even moderate drinking carries some risks. Alcohol can disrupt sleep and one’s better judgment. Alcohol interacts in potentially dangerous ways with a variety of medications, including acetaminophen, antidepressants, anticonvulsants, painkillers, and sedatives. It is also addictive, especially for people with a family history of alcoholism.”

Also, they note that there seems to be a dose-dependent relationship with breast cancer that is also influenced by folate intake and genetics.

So, what is considered moderate drinking?

“In the U.S., 1 drink is usually considered to be 12 ounces of beer, 5 ounces of wine, or 1½ ounces of spirits (hard liquor such as gin or whiskey). [3] Each delivers about 12 to 14 grams of alcohol on average, but there is a wider range now that microbrews and wine are being produced with higher alcohol content.

The definition of moderate drinking is something of a balancing act. Moderate drinking sits at the point at which the health benefits of alcohol clearly outweigh the risks.

The latest consensus places this point at no more than 1-2 drinks a day for men, and no more than 1 drink a day for women. This is the definition used by the U.S. Department of Agriculture and the Dietary Guidelines for Americans 2015-2020, [3] and is widely used in the United States.” – Harvard School of Public Health

A few years ago, I cut out all wine for a month or two and then paid close attention to how I felt when I added it back in. I found that one drink a day was far too much for me, and that 1-3 drinks per week (if any) felt best.

I also decided to only enjoy wine when I’m feeling good, never when I’m feeling stressed or sad. That shift in mindset was huge for me, and I’ve learned a lot about how to take care of myself when things are hard using other tools, including:

Do genetics play a role in which foods and drinks are optimal for us?

Yes. (16)  For example, Okinawans traditionally ate a very high-carb diet – mostly sweet potatoes – and they have the highest prevalence of centenarians (people that live to 100) in the world. (17)

However, the Inuit people of the Arctic thrive almost exclusively consume protein and fat, with very fruits and vegetables, and when they increase their carb intake they tend to develop health problems. (18) These are examples of two cultures whose genes have adapted to optimally utilize the food sources that are available in their different environments.

How do red grape extract supplements compare to red wine?

One interesting study compared the benefits of red wine and grape extract, which contained a wine-equivalent dose of polyphenols. The study found that the wine was more beneficial than the extract, suggesting that the benefits of wine might not be due to just one factor (the polyphenols).

3. Xie, Hui-Chun et. al. (2013) A Study on the Effect of Resveratrol on Lipid Metabolism in Hyperlipidemic Mice

5. Malaguarnara, Lucia (2019) Influence of Resveratrol on the Immune Response

8. WebMD. Why Is White Wine Good for Me?

17. Robson, David (2019) Emerging evidence suggests a 10:1 ratio of carbohydrates to proteins may protect the body from the ravages of ageing