Mommypotamus » Health » What is SIBO? Symptoms and Treatment 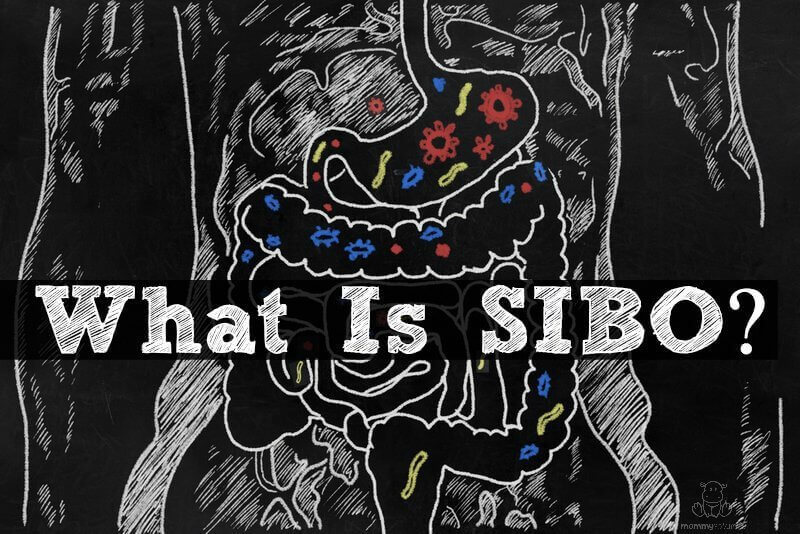 If you’ve been following nutritional health advice lately, no doubt you’ve heard about the importance of probiotics and prebiotics for gut health. After all, health starts with the gut, and a healthy microbiome is crucial to vibrant health. You’ve probably also heard that we should be decreasing our antibiotic use while increasing our intake of fermented foods, possibly taking probiotics, and eating lots of inulin and resistant starch prebiotics to feed our gut bacteria and keep them happy.

For the majority of the population, this is solid, sound advice. However, if you have SIBO, which stands for small intestine bacterial overgrowth, all these wonderful practices can actually make you feel horrible. It can be really frustrating to realize that the steps that are making your friends, spouse, and kids feel incredible is making you feel worse and worse, but there is a reason and you can do something about it.

When SIBO is present, practitioners recommend decreasing fruits and vegetables, decreasing fermented foods and probiotics, and possibly increasing antibiotics (including natural ones). Pretty much, you should be doing the opposite of what everyone else is doing!

One quick note: Please keep in mind that this article is for informational purposes only and is based on the opinions of the authors. It is not intended to be a substitute for professional medical advice, diagnosis, or treatment – a full disclaimer can be found here. Okay, let’s jump in!

Small intestine bacterial overgrowth (SIBO) is exactly what it sounds like: there are more bacteria in your small intestines than should be there. Many people think these are “bad” bacteria, and sometimes they can be, but more often it is the beneficial bacteria from the large intestines that have migrated into the wrong section of your digestive tract. Essentially, it’s usually the good guys being in the wrong place at the wrong time.

The indirect problem with this is that it causes inflammation which can stretch apart the cells of small intestine, eventually causing leaky gut. Leaky gut is considered by many experts to be a root cause of many common health issues: autoimmune issues, skin problems, depression and anxiety issues, hormone imbalances, food allergies, digestive issues, and more. Even the New York Times is talking about it these days.

The most obvious symptoms of SIBO are:

However, there are also some symptoms that can be caused by or even lead to SIBO, sort of like a vicious circular cycle:

With so many symptoms that can indicate that you might have SIBO, it can be frustrating to try and self-diagnose. Furthermore, there are many other things which aren’t SIBO-related that can cause the above symptoms, so it’s important to get testing done to be sure. Luckily there are some pretty straight forward tests that you can do to know for sure.

Is there a SIBO Test?

There are two main types of SIBO, hydrogen and methane, which have their own specific tests. Furthermore, you can have both types of SIBO at the same time caused by two different types of organisms that require two different types of protocols. Hydrogen gas is released from bacteria in the small intestines, while methane gas is released from a different kind of organism called archaea. If you’ve never heard of them before, archaea were once thought to be bacteria, but it turns out they’re part of a different kingdom of organisms. It’s important to get both tests done to see which organisms you are starting with before moving forward with a SIBO protocol.

There are two main types of SIBO, hydrogen and methane. Hydrogen SIBO occurs when hydrogen gas is released from bacteria in the small intestines, while the methane form happens when a different kind of organism – archaea – produce methane. It’s important to test for both because they require slightly different protocols. It is possible to have both at the same time.

Which test is best?

The most accurate, least invasive, and cost-friendly SIBO tests are breath tests. (source) However, you must insist on getting both the hydrogen breath test and methane breath test for an accurate representation of what is going on in your gut. (source) If you only get the hydrogen test but you have archea present, you’re likely to get a false negative even if you do have hydrogen producing bacteria present. That’s because archaea eat hydrogen and turn it into methane, so they “hide” the hydrogen the bacteria are producing.

The lactulose test is a 3-hour test compared to the glucose test, which is a 60-minute test. While the 60-minute test option sounds more attractive, it can result in a false negative. It takes time for gases to travel from your intestines, into your blood, and out through your lungs. To avoid having to have a future retest, the most prudent thing to do is start with the lactulose test for both hydrogen and methane. (source) These tests must be requested by a doctor, but can be taken at home following a 12-hour fast and a special diet for accurate test results.

SIBO can be caused by:

If SIBO is caused by inflammation from stress or inflammatory foods, then modifications need to be made to diet and lifestyle. If the cause is low digestive enzymes, supplementation may be necessary to increase digestive strength. If underlying factors aren’t addressed, then the conditions which led to SIBO remain and the bacteria are likely to regrow. A successful protocol should include not only the reduction of the bacteria themselves, but also an effort to change the internal terrain so that the bacteria won’t be allowed to regrow. This will include

Furthermore, if the SIBO ultimately resulted in leaky gut, then gut-healing foods, supplements, and herbs will also need to be included to return gut function to balance in the long-term.

Once you have confirmed that you have SIBO, it’s very important to understand the difference between the way conventional medicine handles SIBO and the way holistic practitioners handle SIBO. It is also very important to be open minded about treatment options, because SIBO is very different from any other imbalance.

The first step in healing from SIBO is getting the bacteria out of the small intestine. Conventional medicine handles this with antibiotics, while holistic methods handle this with lifestyle and diet changes as well as antibiotics, which are sometimes herbal and sometimes prescription.

Antibiotics, either conventional or herbal in nature, can be very useful in decreasing the bacterial overgrowth. However, here are two things you need to know: 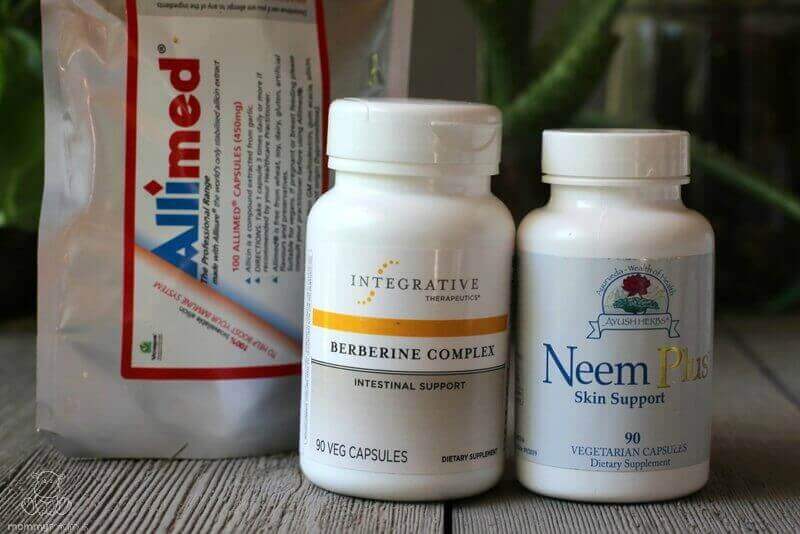 Why consider an herbal approach to SIBO?

Regarding effectiveness, here’s what Sylvie has to say:

Why would a natural substance be more effective than the prescription drugs which scientists worked for years to develop? The book Herbal Antibiotics by Stephan Harrod Buhner describes it well. He talks about how pharmaceutical antibiotics are isolated chemicals—meaning they are one chemical. Because they are only one thing, it is easier for bacteria to adapt to them and develop a resistance.

By contrast, herbs are made up of many compounds. For example, garlic (which is one of the best known natural antibiotics) contains dozens of compounds. All of these compounds work together and can attack bacteria on multiple levels. It is much harder for bacteria to adapt to herbal antibiotics because of how complex the herbs’ structures are.

Few studies have been done on herbal therapies for SIBO, but one did find that 46% of individuals who opted for herbal therapy tested negative after one round of treatment, while only 34% of rifaximin (an antibiotic commonly used for SIBO) users tested negative. (Herbal Antibiotics) 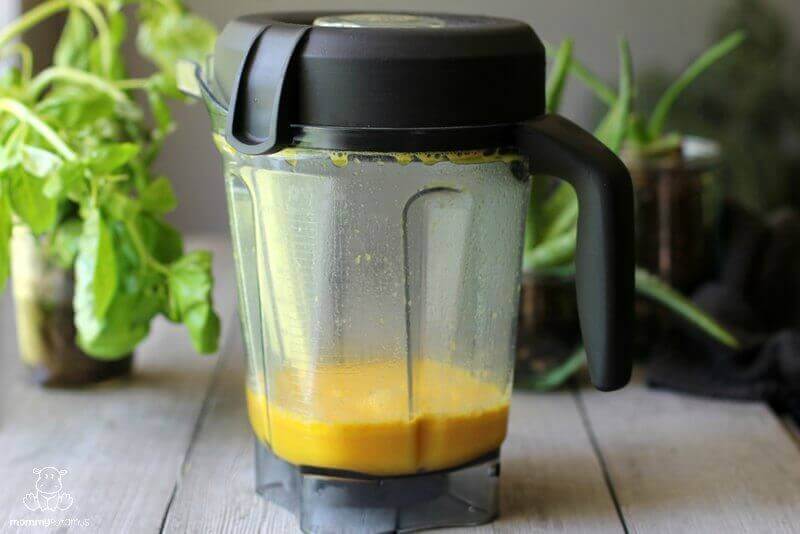 What is a SIBO Diet?

A SIBO diet requires a bit of cognitive dissonance. To decrease the bacteria overgrowth, it’s recommended that individuals to cut out all fermentable foods, including many fruits and vegetables, fermented foods, foods high in inulin and resistant starch, and probiotics.

For individuals with moderate to severe cases, a SIBO diet often begins with an elemental liquid diet or an Ayurvedic gradualism diet. The SIBO Solution includes real food-based elemental formula recipes along with instructions for implementing the diet, including supplement recommendations.

The second step – or the first step for people with mild cases that skip the first step – is a modified version of the SCD, FODMAP, and/or Paleo diet using whole foods. One example of a needed modification is that the SCD diet allows garlic – which is highly fermentable – and emphasizes fermented foods. In The SIBO Solution, Sylvie includes several helpful lists of foods to include and foods to avoid.

Once tests consistently verify that SIBO is gone, it’s important to focus on slowly restoring the normal gut flora by introducing fermentable foods one at a time, as well as introducing probiotics. Continuing to focus on improving motility, reducing stress, and maintaining an anti-inflammatory, low-toxin, and blood-sugar friendly diet long-term is crucial to making sure the SIBO doesn’t return.

If you’re considering the SIBO protocol, I highly recommend pickup up a copy of The SIBO Solution. My husband is currently addressing sleep-apnea induced SIBO, where undiagnosed sleep apnea stressed his body to the point of inducing metabolic changes including SIBO. We are now addressing the apnea and SIBO, and Sylvie’s guide has been priceless. It covers everything from testing to supplements to what to eat (including recipes).

Do you know someone who would benefit from knowing how to tackle SIBO? Share this article by clicking one of the links below.

About the authors: This article was coauthored by Heather Dessinger and Dr. Lori Valentine Rose (PhD). Dr. Rose, PhD is a college biology, nutrition, herbal, and wellness instructor, Certified Nutrition Professional (CNP), Registered Herbalist with the American Herbalist Guild, and is Board Certified in Holistic Nutrition. She created, developed, and instructs the Hill College Holistic Wellness Pathway, the most thorough, affordable, degreed wellness program in the country. She loves spreading love and light, and helping others feel awesome on the inside and out so they can live their dreams and make this world more awesome!