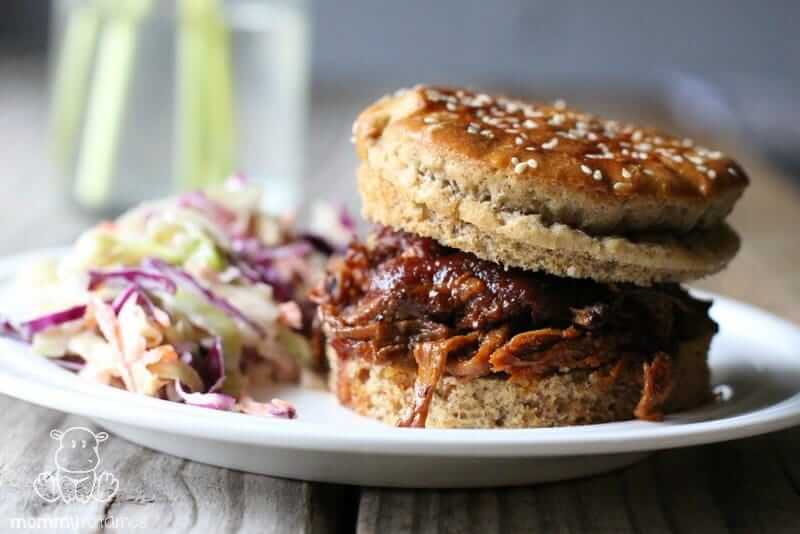 Low and slow. When it comes to bringing out the flavor of barbecue pulled pork, that’s the way to go. Unless you have an Instant Pot that defies the laws of physics, that is. Either way, I’ve got you covered with this recipe, because I’ve included bonus instructions for the Instant Pot along with the slow cooker recipe.

Now, if you love complicated dishes that require you to deglaze pans while counting the alphabet backwards and stir two things at once, this recipe is not for you. Like my five minute ketchup and homemade chicken nuggets, it’s intended for those of us who may or may not need to google why giraffes have long necks while we make dinner. Because parenting.

Now, a few tips before we get to the recipe. First, it’s delicious made up as a sandwich with fermented pickles, onions, and a bit of honey chipotle BBQ sauce on top. We used the buns from my friend Carol’s new cookbook, Ditch The Wheat, but you could also use slices of her paleo bread recipe, which hold together really well for sandwiches.

Also, the pulled pork becomes sweeter after spending a night in the fridge. I balance out the flavor by adding a squirt of mustard, and voila! It’s back to it’s original yumminess. 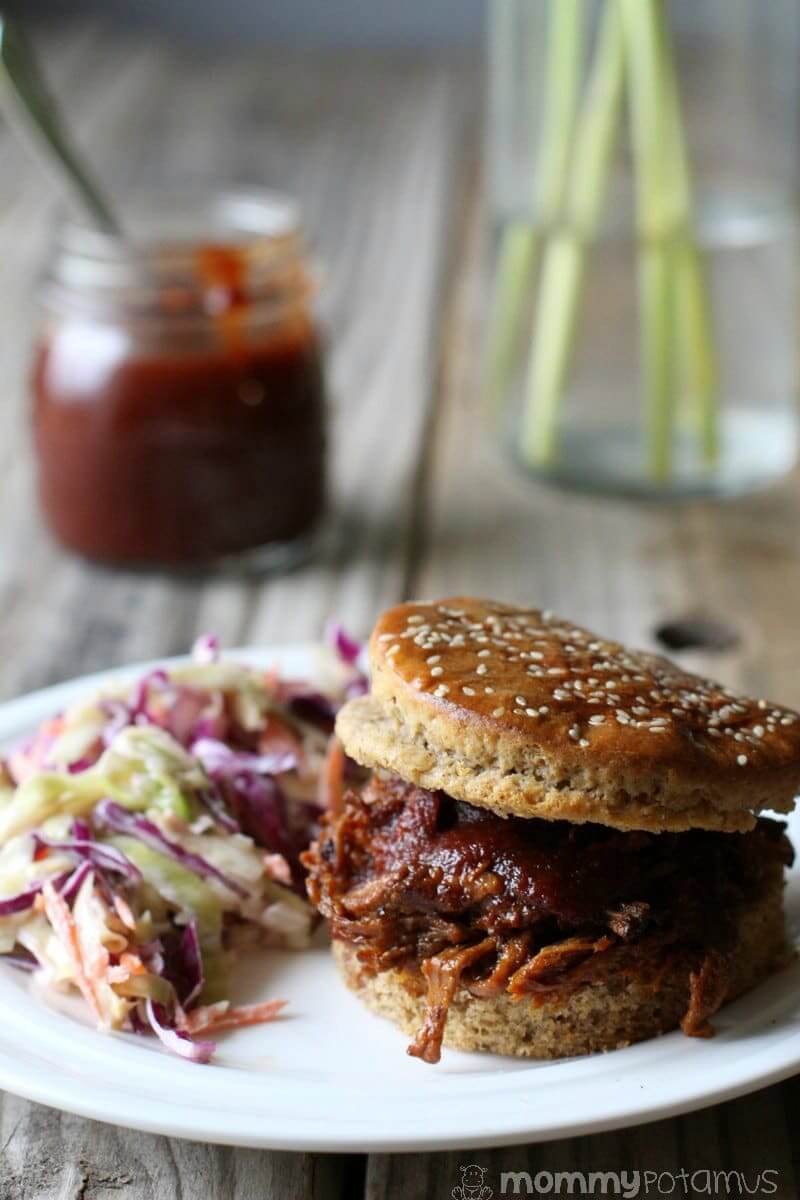 Alternative Instructions for the Instant Pot: