Mommypotamus » Health » Why I Don’t Use Grapefruit Seed Extract 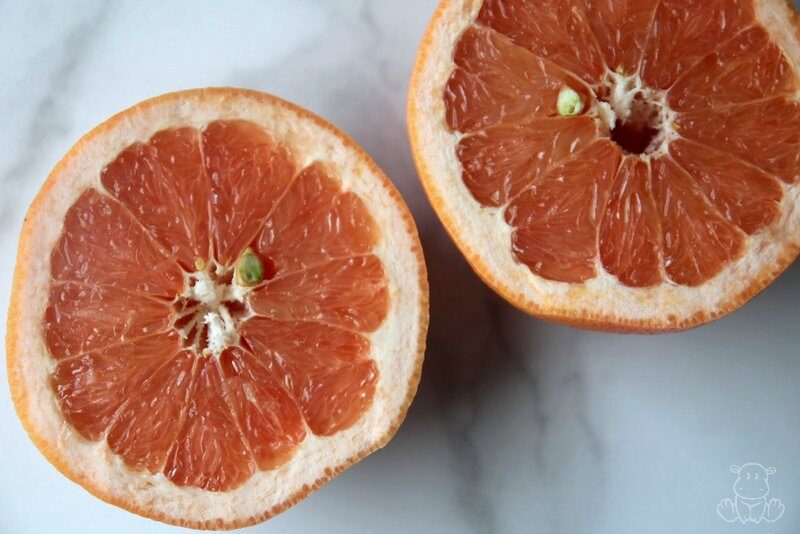 So you have food poisoning, an earache, and a bottle of homemade lotion to preserve? There’s an extract for that.

Yep, many of these claims can be backed up with studies, such as this one which found that it performs as well as 30 antibiotics and 18 fungicides.

So why will you not find GSE in my ebook, DIY Organic Beauty Recipes, or any recipe on this site? Because according to the findings of some experts, it doesn’t contain naturally antimicrobial properties. Instead, they contend that the antimicrobial nature of GSE is due to chemical residues left behind after processing.

According to grapefruit seed extract manufacturers, the main constituent of their extract is diphenol hydroxybenzene. Now, just because a compound sounds scary doesn’t mean it is. I eat sodium chloride on my eggs almost every morning and I’m still here. (It’s sea salt)

Still, I wanted to know whether diphenol hydroxybenzene is considered a natural compound or synthetic chemical. The Environmental Working Group’s Skin Deep Database had never heard of it. Neither had ChemSpider, which is the official database of the Royal Society of Chemistry. By the time I checked OSHA I was starting to get suspicious. Why isn’t there any information on this chemical?

According to this article, it’s likely that diphenol hydroxybenzene is an abbreviated name for another, unspecified chemical.

First, let me say that though it sounds similar, grapefruit seed extract is very different than grapefruit essential oil or grapeseed oil. Now that we’ve tidied up that bit of business let’s move on!

In a 2001 study supervised by chemist G. Takeoka, researchers found that the primary active ingredient in commercial preparations of grapefruit seed extract was benzethonium chloride or benzalkonium chloride, both synthetic compounds. Additional studies confirmed these results. (source) The Environmental Working Group lists benzalkonium chloride as a known immune system toxin and respiratory toxin. (source) It is commonly used in drain cleaner, disinfectants and other cleaning products.

“Some samples were shown to contain up to 22% benzalkonium chloride by weight, despite the known allergenicity[22] and toxicity[23] of the compound at higher doses.[6]” (source)

Grapefruit seed extract manufacturers responded to this finding by claiming that diphenol hydroxybenzene – which as I mentioned is not listed in any of the databases I searched – is just really easy to confuse for benzethonium chloride.

Maybe that’s accurate. Then again, in the words of Dr. Humphries, “If you believe that multiple independent universities using a variety of sophisticated analyses can all be wrong, and all mistakenly identify exactly the same chemical, then I have a bridge in Brooklyn I can sell you :)” (source, emphasis mine)

Other synthetic chemicals/preservatives that have been found in grapefruit seed extract include:

How Is This Possible?

The answer may be pretty simple.

“Self-made pure GSE processed without solvents is prepared by grinding the grapefruit seed and juiceless pulp, then mixing with glycerin.[1]

Commercially available GSE sold to consumers are made from the seed, pulp, glycerin, and synthetic preservatives all blended together.[1]“(source)

According to at least one study, it is not the grapefruit seed extract – but instead the added preservatives – that demonstrate antimicrobial activity.

What About Organic Grapefruit Seed Extract?

Even “pure organic” grapefruit seed extract contains roughly 60% diphenol hydroxybenzene. According to this post, that’s because “organic” GSE is approved by The Soil Association.

“The Soil Association is the European organic standard, and the requirements are much less strict than that of the USDA. They will allow and certify a synthetic chemical like GSE if it meets certain criteria for biodegradability, aquatic toxicity and bioaccumulation. So, since the grapefruits were organically grown, and it meets the requirements, they approve the extract as organic, even though it’s a synthetic chemical. The Soil Association also approves Phenoxyethanol as a preservative ingredient. The USDA will not certify GSE, or allow it in a certified organic product.” (source)

Personally, I am just not convinced that the antimicrobial properties of grapefruit seed extract are naturally derived, so I don’t use it in my products.