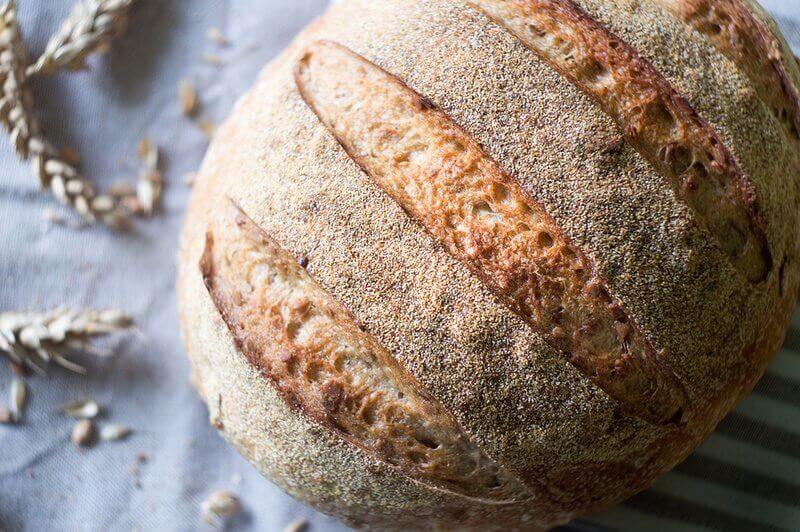 I Don’t Know How Many Times I’ve Said It

On Facebook. At the grocery store. Preschooler playdates. But oh, it’s been a few.

“We’ll never go back to grains.”

Did I think grains were evil? Nah. It’s just that I didn’t get why I should bother. There are no nutrients in grains that can’t be found elsewhere, right? Right! And they’re such a hassle to prepare too, huh?  I thought so.

It may surprise you, then, to know that I am reintroducing some grains. Because honestly, I think I was wrong.

Grains have been getting a lot of flack lately for containing anti-nutrients. But you know what? The same can be said of cauliflower.

The problem is that almost everything is somewhat toxic, including starchy tubers, vegetables, and even some fruit. Vegetables are full of assorted goitrogens, oxalates, salicylates, tannins, phytoestrogens, etc. You can’t avoid toxins and still eat a healthy diet, but that’s OK because you don’t have to. You just have to reduce the relevant ones to a level at which they aren’t problematic. I believe healthy traditional cultures have shown us that we can do that with grains if we prepare them well, as part of an overall healthy dietary pattern including nutrient-dense plant and animal foods.”

And that’s a good thing! Protocols such as the GAPS diet take advantage of a grain-free lifestyle to recover and heal from all kids of issues. It’s been pretty awesome for us, so why not make it a permanent thing? After all, if going off grains can bring so much healing it must be because grains are bad, right? That’s pretty much what I’ve thought for awhile now.

For whatever reason I tend to want to categorize things as good or bad. Trips to the beach? Good. Three year-old puking into my hand at Whole Foods? Bad. Grains? As a bazillion Facebook relationship status’ proclaim, it’s complicated.

Our relationship with grains is oh-so-very-personal. For some, our ancestry and current health status indicate we should probably avoid them. For others the exact opposite is true. As much as it would simplify things there is no perfect diet for everyone.

The vibrantly healthy people Dr. Price studies in the Swiss Alps ate about 50% of their diet as grains (mostly rye bread). When eaten with butter, the phosphorous-rich rye actually increased the bioavailability of the calcium from the butter. Good. (Note: They went to great lengths reduce anti-nutrients – germinating the rye, sifting, and finally souring the dough.)

On the other hand, wheat as we currently know it is a 42 chromosome plant. The wheat of our ancestors – also called emmer – had only 28 chromosomes. For people with good digestion (and who don’t have gluten/gliaden allergies) this doesn’t seem to be an issue, but for others the increased potency of gluten in our 42 chromosome version causes problems. Bad.

Fortunately, there are a lot of grain varieties that are very similar to their ancient counterparts: buckwheat, quinoa and millet to name a few. Rye is one of the easiest to digest and makes a rockin’ sourdough. Good.

I could go on like this for quite awhile, but instead I’ll just tell you what convinced me. As more people go grain-free a trend seems to be emerging: suppressed thyroid function resulting in hormone imbalances and metabolism dysfunction. Though Dr. Campbell-McBride says GAPS is not meant to be low carb (fruit, nuts, seeds, and winter squash are allowed), it’s easy to slip into a low carb lifestyle of mostly meat, veggies, and fats by default. I admit I have done that, and in the last couple months I’ve begun to feel more tired than usual. Excuses were easy to find (we’re planning a big move), so I ignored it.

Then I did some more reading and it just clicked: What worked for me at one point (starting GAPS) has changed as my health profile has changed (improved gut microbiome thanks to GAPS). My body is telling me it’s time for more carbs. Can I eat more carbs and stay on GAPS? Yep. My husband is doing just that. He’s got it easy, though: he’s not nursing a little one. According to Dr. Campbell-McBride:

We are all different; every one of us is a unique individual. So, ‘one size fits all’ never works. That is why we have such a bewildering number of various diets being proposed: high carbohydrate / low carbohydrate, high fat / low fat, high protein / low protein, all raw / all cooked, etc. etc.; and the interesting thing is that every diet suits some people and does not suit others. Why is that? Because ‘it takes two to tango’, which means that there is no such thing as a bad food per se or good food per se without taking into account a very important factor, who is eating it! Not only who is eating it, but what state that person is in.

One Man’s Meat Is Another Man’s Poison

Somewhere along the way I forgot that Dr. Campbell-McBride never said GAPS has to be a permanent diet. For most people the goal is to heal so that we can enjoy a wider variety of foods and maintain vibrant health. The first foods Dr. Campbell-McBride recommends for coming off the diet are new potatoes, buckwheat, millet and quinoa, so that’s where I’m gonna start.

So Is “Healthy Whole Grain” An Oxymoron?

I don’t believe so. And since I have no digestive issues, I’ve decided to transition to a traditional diet that includes some grains.

I want to do it different this time. Ancient grains such as quinoa and millet are some of the first I’d like to tackle, plus of course a rye sourdough.

What do YOU think of the whole grain debate?