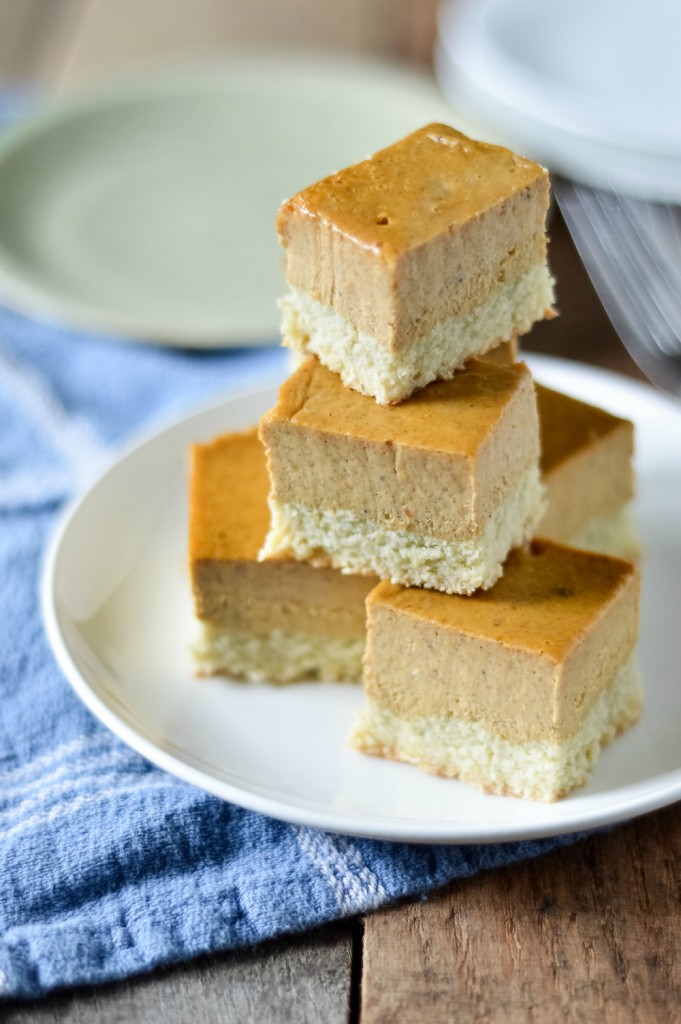 Love pumpkin spice lattes and pumpkin pie? Then I think you’re going to adore this recipe from dessert creator extraordinaire, Carol Lovett of Ditch The Wheat. Thank you, Carol!

I love baking fall inspired treats. Pumpkin pie is one of my favorite fall flavors, and so far I’ve been making pumpkin treats weekly. For this guest post I wanted to share with you a pumpkin custard bar that you can serve at your Thanksgiving meal. Your family and friends will enjoy the creamy custard, infused with maple syrup and pumpkin pie inspired spices like cinnamon, nutmeg and ginger. The crust is allergy friendly. I made the crust out of coconut flour and it is scrumptious!

Don’t be intimated by making a custard. It’s really easy. All you are doing is heating up, in this case the coconut cream and maple syrup, and adding in little amounts the hot liquid to your egg yolks while whisking fast. This is called tempering. If you added the hot liquid all at once to the egg yolks you would cook the yolks and end up with scrambled eggs, which isn’t my kind of dessert (and I’m assuming not yours either).

Once you do that you are almost done making pumpkin custard bars. You must remember to be patient and let the final baked bar rest in the fridge for at least 4 hours. The results of the fully cooled custard is worth waiting. 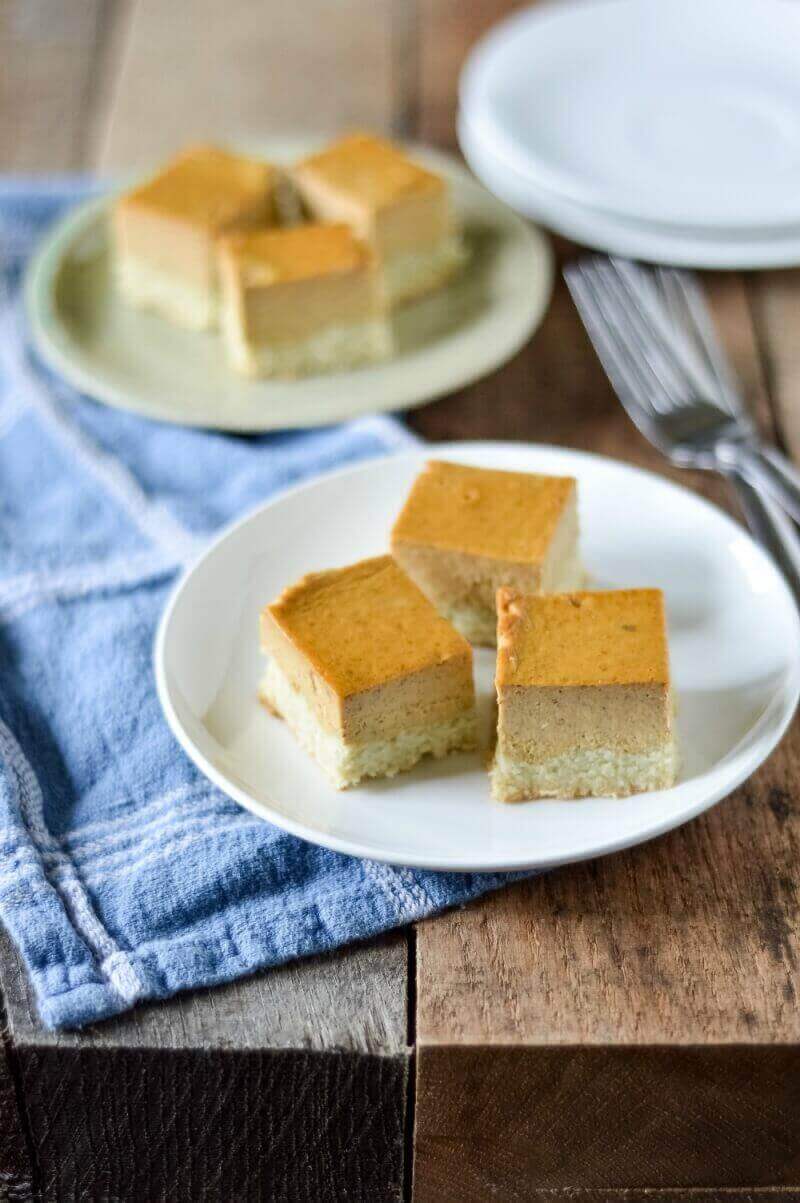 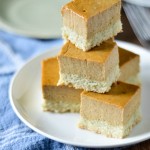 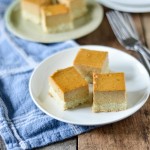 Carol Lovett is a twenty-something young woman living in Ontario, Canada. Carol started eliminating gluten from her diet in 2011. Since then she went on to form the popular blog, Ditch The Wheat, and write her grain free dessert cookbook, Indulge. Carol is known for her baking recipes that feature coconut flour.

Easy Baked Pumpkin Oatmeal With Vanilla Glaze – Infused with warming spices and sweetened with maple syrup, this baked oatmeal is easy to make and very satisfying.

Pumpkin Spice Latte – Pumpkin is basically the official flavor of fall, and who are we to argue with that? This recipe is one of my favorite ways to enjoy it.

Pumpkin Granola – If you miss breakfast cereal, this spiced granola is delicious with milk, almond milk, or oat milk.