. . . says the sign behind the counter. A man with warm eyes and weathered hands doles two scoops into a bag. “Don’t worry about the ice, those shrimp won’t last five minutes in my kitchen,” I say, and it’s done.

Back home I know the faces of those who sell me meat, milk and produce, so there is a certain charm in buying these sweet morsels directly from the man that caught them. Still, I’m not above raiding the Whole Foods freezer back home and wherever you are, I hope you won’t be either.

Shrimp Are Powerhouses of Nutrition

They’re rich in selenium (a trace mineral with cancer prevention properties), mood boosting tryptophan, Vitamins D & B12 plus iron and phosphorous. And, they’re oh-so-very-yummy! My husband LOVED this spicy, tangy dish so much he actually stopped mid-dinner to take a pic and tweet about it. Success!

Note: I used to be afraid to eat seafood due to the mercury/contamination factor, but I’ve since learned that most seafood is rich in selenium, which binds with mercury and prevents absorption. My rule of thumb is to select seafood listed as low in mercury by the Seafood Watch Program and then eat as much as possible 🙂 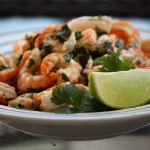 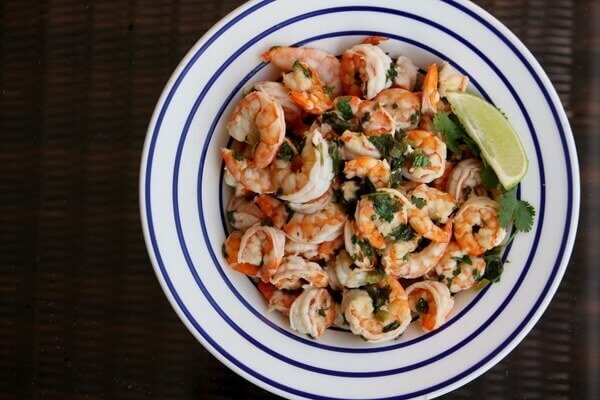 Prev Post How To Make Coconut Flour {Video Tutorial}
Next Post What Is the Real Cause of Acne?