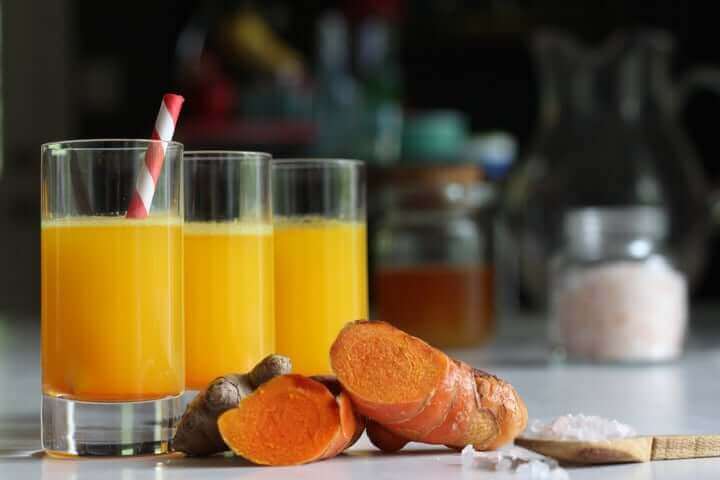 My husband and I have been doing shots every single morning for the past week. It seems like an odd thing to say given that I’ve been pregnant or nursing for the past 2,335 days, but really it’s a good thing.

As you probably know, intense cleansing diets are not recommended for pregnant/nursing mothers. That’s because the toxins that are released by the body can be transferred to the baby via the bloodstream or breast milk.

On the other hand, it’s important to keep normal detox pathways functioning well so that things don’t build up. That’s why I adore wellness shots – aka freshly pressed juices and tonics. They’re something that I feel perfectly comfortable giving to my little ones and taking, nursing or not.

This turmeric version is my “go to” when I need a natural energy boost. It has an earthy flavor with a ginger zing, and it’s infused with compounds that many believe support gentle detoxification.

One particular component of turmeric – curcumin – has been studied for its ability to help us stay youthful, support a healthy inflammatory response, ease discomfort, and more. (source) In fact, cur cumin has so many documented benefits it’s been referenced in PubMed over 6,000 times!

No juicer? No problem!

This tonic can easily be made with a blender or immersion blender. 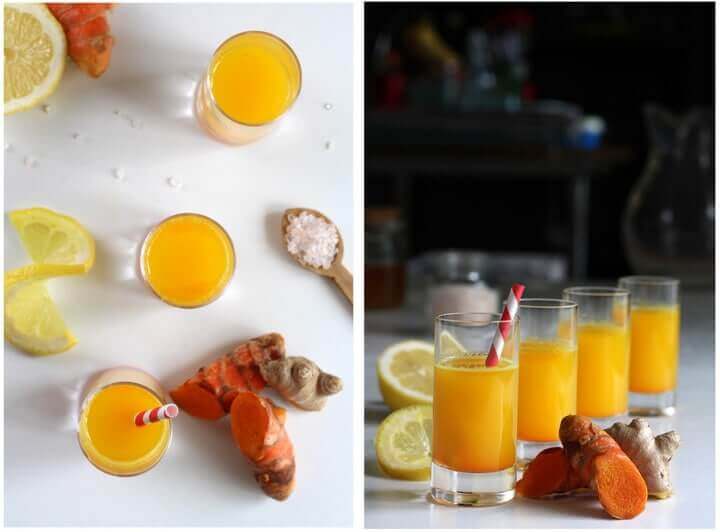 In this tonic, I’ve paired turmeric with “superstar” ingredients that are known in folk – and modern – medicine for their benefits:

Ginger is a powerful antioxidant that increases circulation and reduces inflammation. (source) It has long been used in folk medicine to soothe nausea.

Coconut water is often referred to as “Nature’s Gatorade.” It contains 13 times more potassium – an electrolyte needed for proper cell function – than Gatorade, plus twice the amount of another electrolyte (sodium). (source) ( This brand doesn’t have any additives/preservatives)

Lemon is rich in vitamin C, an antioxidant that is needed to manufacture glutathione, a tripeptide that assists with detoxification. Also, according “to Dr. Alexander F. Beddoe in Biological Ionization in Human Nutrition, the liver can make more enzymes out of fresh lemon juice than any other food element. Given more of the raw materials needed to function properly, the liver’s efficiency gets a boost from lemon consumption.” (source)
Raw honey is rich in minerals and easily digestible sugars, which signal “the body to down-regulate the production of stress hormones like cortisol. ” (source) It is also thought to boost the immune system, and certain types are even being studied for the potential ability to inhibit cancer proliferation. (source)
Unrefined sea salt contains 84 minerals that support adrenal function, help regulate blood volume and blood pressure, and assist with the delivery if nutrients to cells. It also “reduces adrenaline levels and supports overall metabolic health.” (source)
Black pepper improves the absorption of the turmeric.

How to optimize turmeric absorption

The active compound in turmeric – curcumin – is best absorbed when taken with fat, so I drink mine first thing in the morning with fried eggs or something similar. 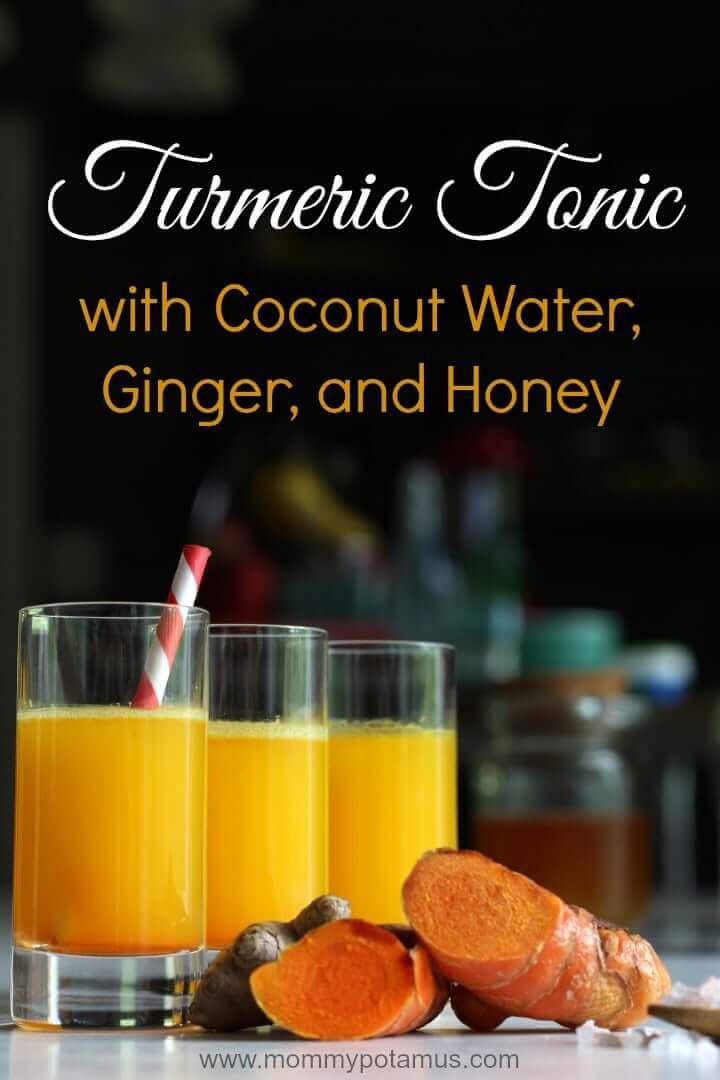 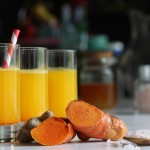 This fire cider recipe is a delicious way to support immune function, stimulate digestion and warm up on cold winter days.