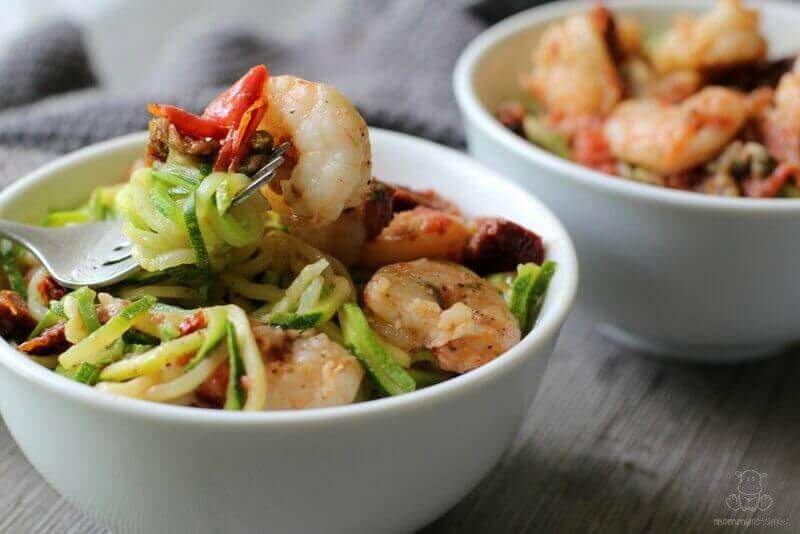 So, it turns out you can’t turn a zucchini into a battery or elect it as Mayor. This time of year, as zucchini starts taking over gardens and farmer’s markets, there’s only one thing to do . . . eat it fifty delectable ways. Oh yes, it’s possible! Forget mushy steamed zucchini, we’re talking zucchini pizza crust, zucchini noodle recipes like zucchini pasta carbonara, skillet pesto chicken, gluten-free zucchini bread, and this bold and zesty Mediterranean zucchini pasta.

Now, as I mentioned in this cauliflower “mashed” potato recipe, it really annoys me when a food **looks** like an old favorite but doesn’t taste anything like it. To say I was skeptical about the whole zucchini noodle thing would be an understatement, but I absolutely love this dish! It’s so satisfying, and the mild flavor of the zucchini allows the basil, sundried tomatoes and parmesan to really pop.

I’m not saying it’s “meaning of life, the universe, and everything” happiness in a bowl, but it just might “Oh my gosh maybe this is how noodles were meant to be” happiness. I hope your family loves it as much as we do! 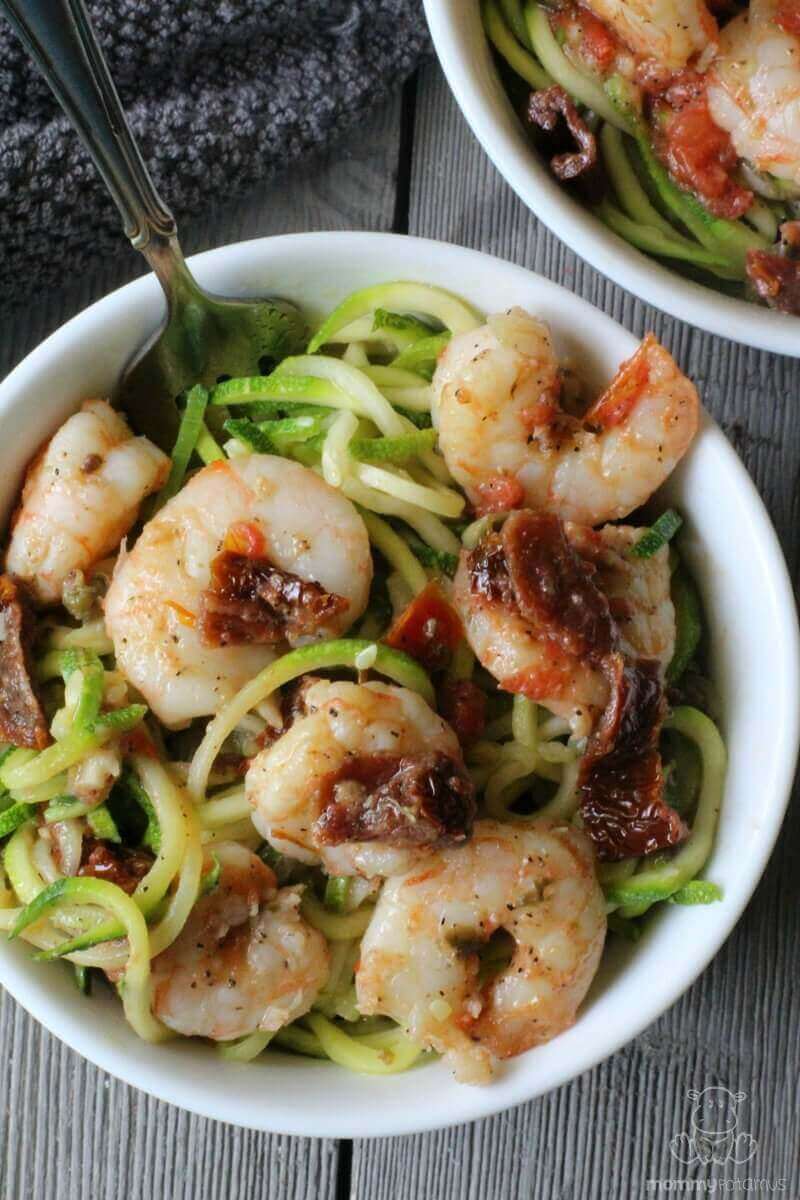 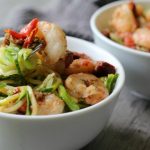