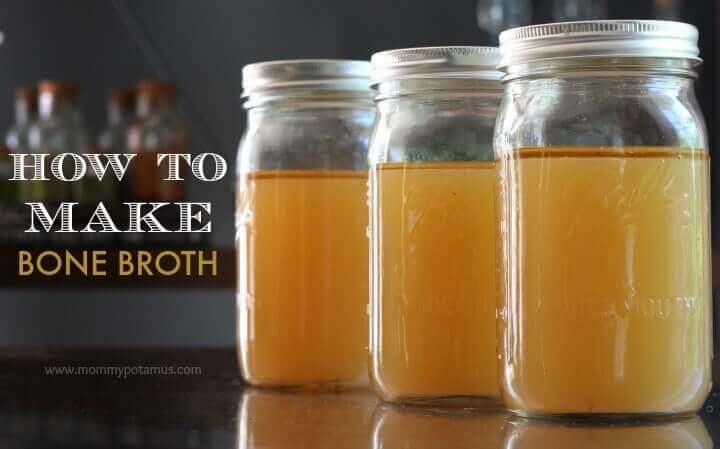 My culinary education from birth to eighteen can be summed up like this:

Learning to cook real food was not something that happened gradually for me. One day I couldn’t look at the bones from the my extra spicy wings order, the next I had fish heads in my cabinet . . . and they were looking at me!

Those of you that know my story know that I had a lot of motivation to make healthy changes. What you probably don’t know is that back when my kitchen was so small I had only one drawer, my dream was to help others take steps toward health by teaching classes in my home. Though I have more than one drawer now, I still can’t fit all of you into my kitchen – so I’m going to bring my kitchen to you!

Welcome to my real food basics series. We’re going to cover what to eat, why, and how to do it even if you’ve got little humans strapped to you for most of the day. (Literally or figuratively – see the video below)

First up, how to make bone broth.

Before we talk about how, though, let’s talk about why. Bone broth is magical stuff that contains:

It’s budget-friendly, too. Not only is it inexpensive to make, regular consumption may reduce the amount of meat you need to consume for optimal health. (source)

Click here for twenty more ways to save money while eating healthy.

Quick Tip: How I Freeze Broth Without Breaking My Jars

It’s weird but true – water is one of the only substances that actually expands when frozen. I finally realized this after my billionth jar of precious golden liquid broke in the freezer.

Fortunately, I’ve discovered a method that keeps my jars from cracking, so I thought I’d pass it along. After straining the broth, I pour it into wide-mouth mason jars and leave a 1.5 inch (or more) gap at the top of the jar. That way when the liquid expands slightly and the glass contracts slightly, there’s a little “give.” Oh, and I avoid putting hot jars of broth in the freezer. They always go in the fridge to cool before getting transferred. Hope this works for you as well!

What Kinds Of Bones Should I Use?

Bones from industrially produced bones can contain hormones and other unwanted residues. For that reason, I recommend sourcing bones from healthy, pasture-raised animals and wild-caught fish.

Video Tutorial: How to Make Bone Broth in a Slow Cooker 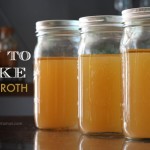 How To Make Bone Broth In A Slow Cooker

Turn slow cooker on low and cook for the recommended amount of time:

This recipe, which is adapted from one found in Nourishing Traditions, can easily be doubled if you have more bones on hand. I usually only have one pound because I make it immediately following a roast chicken dinner.If you're using meaty beef bones you'll want to roast them in the oven at 350F for about half an hour before starting with step #1. It does wonders for the flavor. 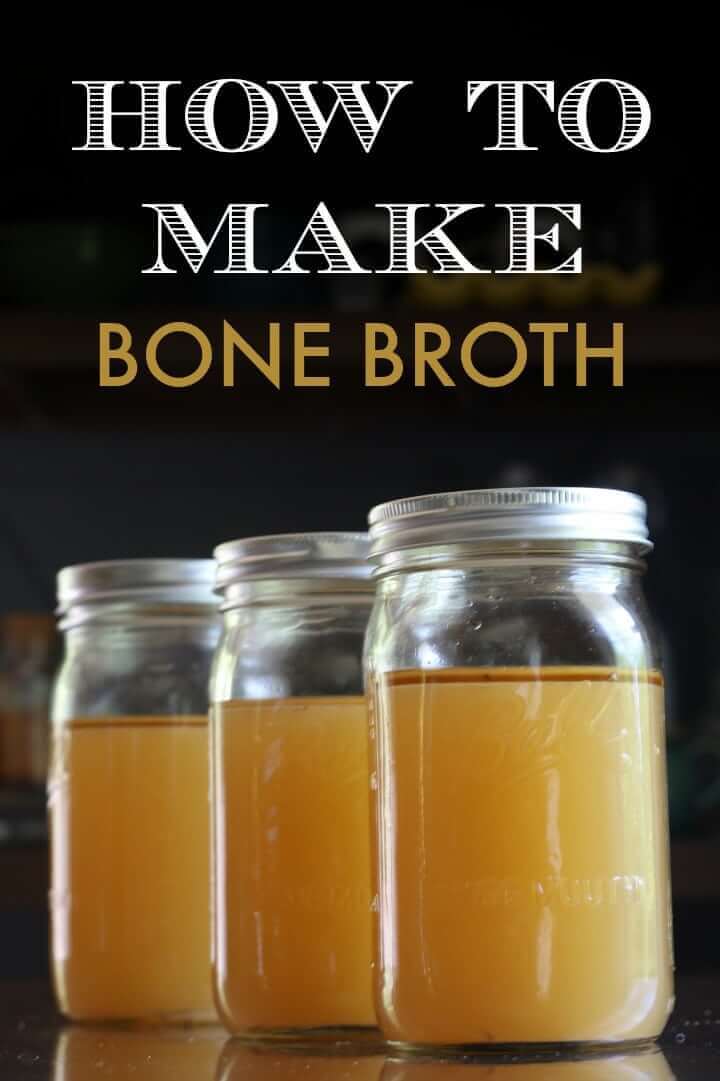 Egg Drop Soup – Simple and quick, this protein-packed egg drop soup is my “go to” recipe when I need to get something on the table fast.

Tortilla Soup – Fresh cilantro leaves and a hint of lime meld with the subtle heat of poblano and jalapeno peppers in this belly warming chicken tortilla soup recipe. It’s one of my favorite ways to use homemade bone broth and leftover whole roast chicken.

Stuffed Pepper Soup – This hearty soup is perfect for chilly winter days. You can make a double batch and freeze half for an easy meal later on, too.