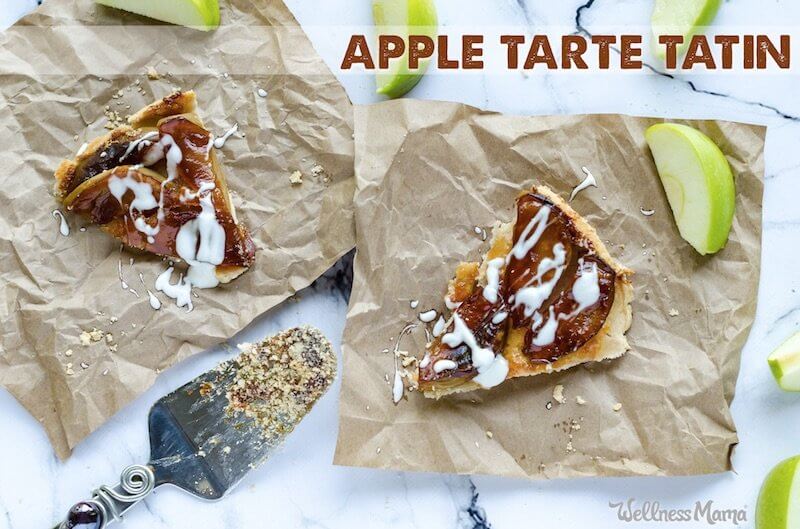 My family loves to make hot apple cider when apples are in season and abundant, but another great way to use up in season apples is baking with them. Apple pie is always a possibility, but if you’re looking for something caramelized and gooey (rather than spiced) this apple tarte Tatin is an excellent choice. When done right, it also looks amazing on the table.

What is Apple Tarte Tatin?

A tarte Tatin is an upside-down tart usually made with apples that have been caramelized in butter and sugar. The tart is baked with the crust on top and then flipped over for serving. The apples are usually arranged neatly in the pan so they look beautiful after being flipped.

The tarte Tatin was created by accident, according to common belief. The tart was named after the hotel where it became famous. Two Sisters named Caroline and Stephanie Tatin ran the hotel Tatin In France in the 1880s. It’s unclear exactly how the tart was created but the most compelling story is that one of the sisters, Stephanie, was caramelizing apples in butter and sugar for an apple pie. she forgot about the apples until she started to smell them burning. In order to try to save the apples, she threw a pastry on top of the pan and placed it in the oven to finish baking. After baking, she flipped the tart upside down and served it to the guests at the hotel. She was surprised to find that they loved it and it became the signature dish of Hotel Tatin.

How to Choose Apples for Tarte Tatin

Also, consider using a variety of sweet apples and tart apples for the best flavor. Many people prefer sticking with tart apples since they will be sweetened during cooking. 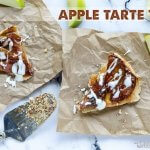 Feeling adventurous? Try the same recipe with a different fruit

If you like fruit dessert recipes here are some other ideas I think you’ll love.

Strawberry shortcake biscuits – This recipe is so simple and delicious! If strawberries aren’t in season, try bananas, kiwi, peaches, blackberries, raspberries, or whatever sounds good to you.

Have you ever made a tart before? What is your favorite flavor or tart?