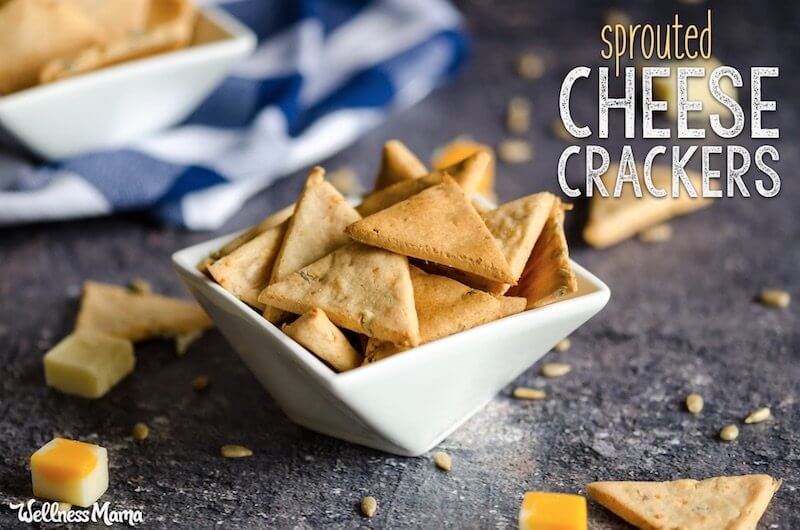 When we first started switching to healthier foods, letting go of crunchy snacks was tough. Sometimes you just want a cracker! Plus, liver pâté goes over better with the kids when there are some crackers as a vessel! Luckily there is an amazing, grain-free cheese cracker recipe that fits the bill!

How to Make Grain-Free Crackers

I chose cassava flour for this recipe. I like cassava (also known as yuca) because it has a very similar texture to wheat flour. It’s also a little less expensive than almond flour and holds together better.

Cassava is also a great choice because it’s incredibly healthy. Cassava is a root vegetable traditionally used in Asia, Africa, and South America. It is high in carbohydrates but has a low glycemic index. This makes it a great choice for anyone with blood sugar issues.

The most common form of cassava used in the U.S. is tapioca starch (a starch extracted from cassava). Cassava flour, on the other hand, is a whole food. It is the whole root vegetable that is peeled, dried, and ground.

Cassava also has many health benefits including supporting a healthy gut. Cassava flour is digestion-resistant starch. This means it passes through the upper part of the digestive tract without being digested. It can then feed the beneficial bacteria in the gut.

Some people with autoimmune disease or celiac disease can’t tolerate cassava flour as it can be gluten cross-reactive. For most though, cassava is a great choice for an alternative flour! 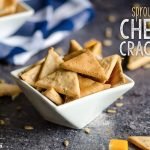 These crackers are tasty on their own, but if you’re looking for an accompaniment, here are some tasty ideas:

Have you made homemade cheese crackers? How did it go?